Why Do We Need MP4 Codec?

Not all video formats can play on Mac devices. You may find that the media player on your Mac gives an error whenever you play an MP4 file. To solve this, you need a codec. An MP4 codec enables the media players such as QuickTime to play files that it did not support such as MP4 files. Although QuickTime on Mac devices supports MP4 files, it only contains some of the codecs, which means that if your file has a codec that is not supported, it will not play. Therefore, you should install the required codec or convert the files to a format support by the media player.

UniConverter is the best MP4 codec that can enable playing of MP4 videos on Mac devices. The converter is a tool used to convert videos and audio from one format to another. In this case, it can convert the MP4 files on your Mac device to a format that is recognized by the media player. Other than converting, the software can also be used for editing videos, burning DVDs and downloading audio and video files from various sharing sites.

Get the Best MP4 Codec:

You can convert audio, DVD and video files. To place the files in the converter, you can import them in two ways. One method is by dragging and dropping them to the converter’s window. You may also go to the main menu and select 'Add Files' to achieve this.

The program supports more than 150 formats. Choose the one compatible with the media player in your Mac. You will find the formats grouped into six categories. Here, the recommended format is 'MOV'. 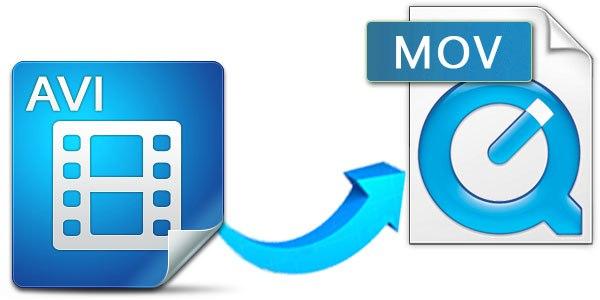 The conversion begins when you click the 'Convert' button. Once the conversion is complete, a prompt message appears asking you if to open the folder. If your output was for devices such as iPad, iPod, iPhone or Apple TV, they are automatically added to the iTunes library. The converted format can now play on your Mac device while retaining the original quality.

Perian is a QuickTime component that adds codec to QuickTime to enable it play videos and audio that it is not currently supporting such as MP4. By installing perian, your device can play a wide variety of formats including AVI, DivX, MKV, MP4 and FLV.

Pros:
Supports many media files.
Cons:
It is no longer being developed.
It only works with earlier versions of QuickTime such as 7.6.6 and not 10.

Pavtube iMedia Converter for Mac converts videos to a format that can be played on Mac. It can convert the MP4 videos to a supported format such as Quicktime.mov. The converter also supports the editing of the video before conversion.

Pros:
The converter supports various OS X systems from 10.5 Leopard to 10.11 El Capitan.
Other than conversion, it is a blue ray and DVD ripper.
It preserves the original quality of the videos.
Cons:
It does not convert M4V movies that have been purchased on iTunes to any other format.

Aiseesoft MP4 converter converts video and audio to and from MP4 on Mac devices. It converts formats such as AVI, MXF, WMV, MP4 and FLV to MP4, DivX, MKV and WMV. It also provides editing functions to help in personalizing the video files. The converted files can then be played on media players, tablets, smartphones and other portable MP4 players.

Pros:
It has a user-friendly interface that can be used even by inexperienced users.
It provides many options for converting files and it has fast conversions.
Cons:
The editing options are basic and may not impress advanced users.
The trial version only converts five minutes of long clips and half the clip of short clips.

Xee³ is clean, like macOS' default viewer, but lets you browse through folders of images and move photographs more easily. For $4, it's yours for life. It reminds me of Windows Photo Viewer, in a. The deceptively powerful app puts a premium on speed and efficiency, offering a clean, lightweight interface that lets you breeze in and out of. The Cisdem iPhoneCleaner for Mac is again one of the best iPhone cleaner Apps of 2020 to search and remove spam from your iOS gadgets. This cleaner helps you to perform a complete sweep to seek out and eliminate temporary files, as well as other documents that are eating up a lot of space on your device. If you want to speed up and optimize your Mac with just a click then this great app named Dr. Cleaner is just for you. It cleans your Mac’s disk and frees up a lot of space thus enhancing its performance. It not only deletes the unwanted files but also eradicates the cache files that are building over a period. Mac apps for cleaning.

Is there K-Lite Codec for Mac?

What is K-Lite Codec Pack?

Perian is one stop codec resource on Mac similar to K-Lite Codec Pack on Windows. Perian is a free, open source, QuickTime component that extends QuickTime support for many popular types of media, including MKV, FLV, WMV, AVI, DivX, and XviD.

How to download and install K-Lite Codec for Mac – Perian?

After you downloa the DMG file, double click on Perian.1.2.3.dmg file to install it. Then you will be able to play audio and video files with QuickTime player. Enjoy!.

If you installed Perian, but still have problem of playing video files such as MKV files with FLAC codec, MP4 files with AC3 codec, video files with multi-channel audios. You can fee download Total Video Converter for Mac to convert your video and audio files to QuickTime supported video.