Hello everyone, how are you all doing today? I hope you are all having a great day so far. My day is going quite well, could be better but I can’t really complain, well you know what I WILL complain. Two days ago a so called “family friend” who no us of have ever seen or heard of just arrived at our doorstep and decided he will stay here for like 2 weeks. Only issue is he is an alcoholic, he is drunk on the couch as I type this. He is not a complete stranger, some people in our family do know him and grew up with him but still, the guy is like 48, has kids who he just pretty much abandoned as he goes searching for a job, anyway, it’s stressing me out a bit but I will manage, lol read on…

Besides that, today we take a look at the best strategy games, RPG games ever released for Mac OS X Yosemite and El Capitan. The only thing that I have to remind you is that some of these will require you to install STEAM which will enable you to download the mentioned games, trust me it’s worth it, just try it before you knock it!

Does Mac Have Fun Strategy Games?

Yes, seriously, it really does have fun strategy games. We are not in 2008 anymore and the major game developers have started to port or convert their games over to Apple’s OS X in huge numbers. You can now play many of the very popular Windows Games on your Mac without much of a difference. The Steam engine has further stepped up the gaming on Macs and it is great. Look at my list of the best strategy games below, download the game and enjoy them.

Powered by the Essence Engine 3.0, the Company of Heroes 2 series feature some unique mechanics rewarding thoughtful players. From the TrueSight™ system that emulates the units’ line of sight to the cover-system that encourages clever unit placement – not to mention the combined arms approach and the hard and soft counters gameplay that will make you think twice before trying to destroy a tank with a simple squad of riflemen – each game presents players with an uninterrupted stream of meaningful tactical choices that can turn the tide of war.

The original Company of Heroes 2 game gives you access to two multiplayer armies from the Eastern Front: the Red Army (SOV) and the Wehrmacht Ostheer (GER). It also comes with a gritty single-player campaign that will give you a chance to familiarize yourself with the series core tenets. Step into the boots of a Soviet commander of the Red Army, entrenched in brutal frontline warfare to free Mother Russia from the Enemy invaders! Adjust your tactics to take into account the brutal weather conditions and wield the might of the Soviet Empire as you smash your way to Berlin.

Company of Heroes 2: The Western Front Armies adds two new factions from the Western Front to the roster of playable multiplayer armies: the Oberkommando West (OKW) and the US Forces (USF). While the former puts you in charge of an aggressive and powerful army with very specialized and elite units – yet in very limited numbers – the latter introduces an expeditionary corps that allows for a variety of approaches and very powerful combined arms tactics, but which inevitably falls a bit short in the heavy armor department.

Company of Heroes 2: Ardennes Assault offers a compelling single-player campaign for the USF faction revolving around the Battle of the Bulge. Engage in a dynamic non-linear campaign across the Ardennes landscape consisting of 18 scenarios, choose between three iconic companies, customize their abilities and bear the consequences of your actions as overall company health persists between missions. 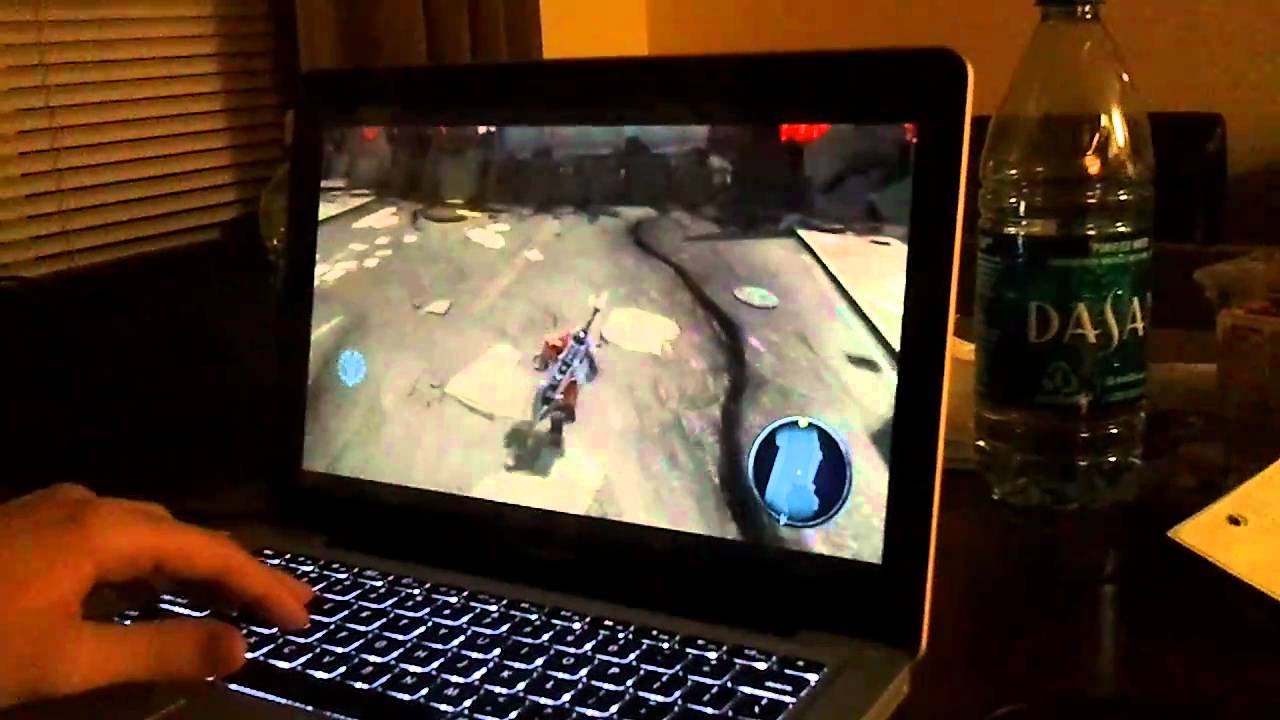 Company of Heroes 2: The British Forces is the latest entry in the series and features this iconic Allied army from WWII (UKF). Experience a unique tech-tree that challenges the player to balance the constant trade-off between mobility and defense. Surprise your opponents with your development choices and an open end game configuration. Enjoy an army with character and distinctive units & abilities, from the Churchill Crocodile flamethrower tank to the RAF glider.

This game is a must have. I remember playing Company of Heroes 1(the original) on PC and it was one of my favorite games, this is way back in 2009 or so. I just started playing CH2 and so far, I f’n love it.

Cities: Skylines is a modern take on the classic city simulation. The game introduces new game play elements to realize the thrill and hardships of creating and maintaining a real city whilst expanding on some well-established tropes of the city building experience.

From the makers of the Cities in Motion franchise, the game boasts a fully realized transport system. It also includes the ability to mod the game to suit your play style as a fine counter balance to the layered and challenging simulation. You’re only limited by your imagination, so take control and reach for the sky!

Multi-tiered and challenging simulation: Constructing your city from the ground up is easy to learn, but hard to master. Playing as the mayor of your city you’ll be faced with balancing essential requirements such as education, water electricity, police, fire fighting, healthcare and much more along with your citys real economy system. Citizens within your city react fluidly, with gravitas and with an air of authenticity to a multitude of game play scenarios.
Extensive local traffic simulation: Colossal Orders extensive experience developing the Cities in Motion series is fully utilized in a fully fleshed out and well-crafted transport systems.

Districts and Policies: Be more than just an administrator from city hall. Designating parts of your city as a district results in the application of policies which results in you rising to the status of Mayor for your own city.
Extensive modding support: Build or improve on existing maps and structures. You can then import them into the game, share them as well as download the creations of other city builders on the Steam workshop.

This game could have been and probably should have been #1 on our list but #2 isn’t so bad. This game does have almost a perfect rating in terms of reviews so it is as good as people say it is, trust me. I have it for Mac and I play it at least 3 times a week.

What if you had it in your power to rid the world of disease, to improve the lives of millions, to ease suffering and cure the sick… and earn a tidy profit?

As the head of your own Pharmaceutical Conglomerate you have this power resting in your hands. Will you use it for good? Being totally altruistic may not be the best business plan. The uncomfortable truth (is there an ointment for that?) is that some remedies are more profitable than others and illness is good for business.

From humble beginnings
with a few rusty reconditioned machines, you can progress from knocking out cheap generic treatments for minor ailments, to discovering new active ingredients and hi-tech machines to help refine the next generation of world-changing drugs. But watch out, you’re not alone out there. Rival corporations that want to put you out of business have their own set of competing cures and treatments.

Then there’s the dynamically shifting marketplace which means that your fancy cold and flu medicine from last winter might not sell so well now it’s the height of summer. 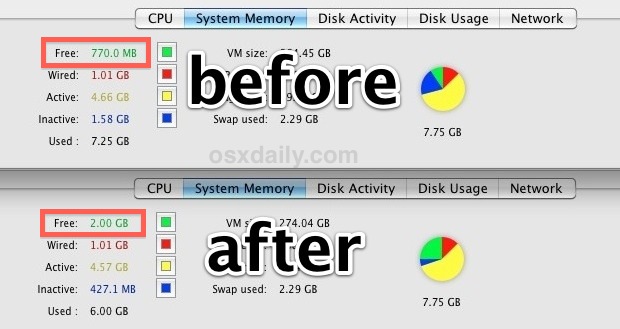 This game is better than it looks, trust me on that. It’s awesome, especially if you like tycoon, simulation type games. It’s like Sims but relating more so to running a medicine company. Put it this way, it’s better than it sounds, just try it.

XCOM 2 is the sequel to XCOM: Enemy Unknown, the 2012 award-winning strategy game of the year.

Earth has changed. Twenty years have passed since world leaders offered an unconditional surrender to alien forces. XCOM, the planet’s last line of defense, was left decimated and scattered. Now, in XCOM 2, the aliens rule Earth, building shining cities that promise a brilliant future for humanity on the surface, while concealing a sinister agenda and eliminating all who dissent from their new order.

Only those who live at the edges of the world have a margin of freedom. Here, a force gathers once again to stand up for humanity. Always on the run, and facing impossible odds, the remnant XCOM forces must find a way to ignite a global resistance, and eliminate the alien threat once and for all.

Dota 2 is a competitive game of action and strategy, played both professionally and casually by millions of passionate fans worldwide.

Players pick from a pool of over a hundred heroes, forming two teams of five players. Radiant heroes then battle their Dire counterparts to control a gorgeous fantasy landscape, waging campaigns of cunning, stealth, and outright warfare.

Irresistibly colorful on the surface, Dota is a game of infinite depth and complexity. Every hero has an array of skills and abilities that combine with the skills of their allies in unexpected ways, to ensure that no game is ever remotely alike.

This is one of the reasons that the Dota phenomenon has continued to grow. Originating as a fan-made Warcraft 3 modification, Dota was an instant underground hit.