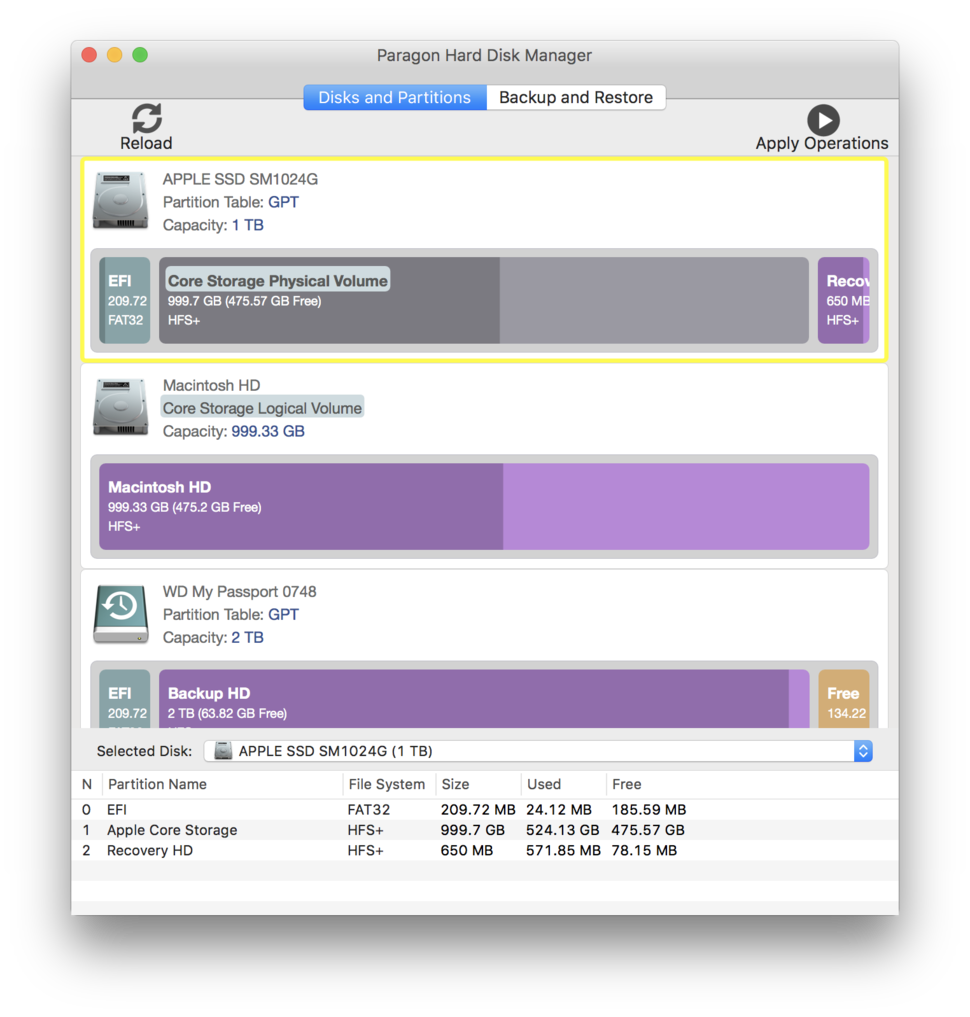 You can combine multiple disks into one disk set—called a Redundant Array of Independent Disks (RAID)—and they will work together as one. Depending on how you combine the disks, the RAID set can protect your data against hardware failure, speed up access to your data, or increase your storage capacity. You can use Disk Utility to create several different types of disk sets with both internal and external disks.

If the disks are connected to the computer with slow connections, such as USB connections, you might not get faster disk access with a striped RAID set. For best results, use internal disks or disks with fast connections.

A mirrored RAID set can help protect your data against disk failure. Each disk in the set stores the same data, similar to having multiple backup disks. Your data is written on two or more disks at once, so if a disk fails or is disconnected, your Mac can still access the data from the other disks. If you reconnect a disk that was temporarily disconnected, the RAID set can rebuild the reconnected disk so that it contains the same data as the other disks. 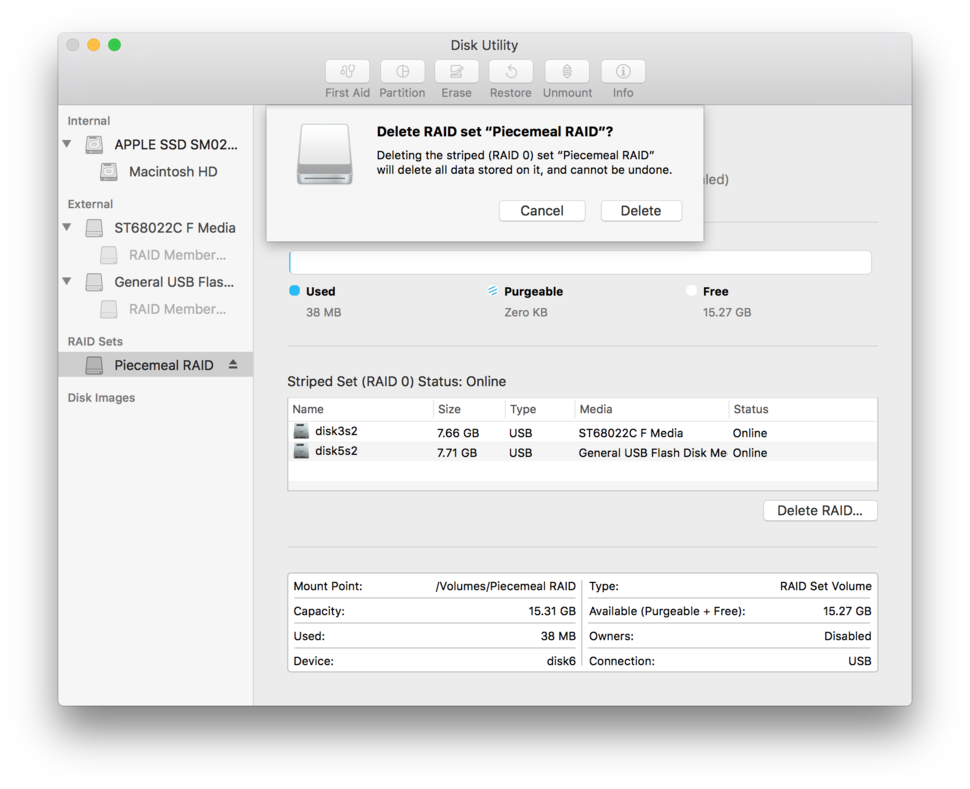 You can also add spare disks to a mirrored RAID set. A spare disk isn’t used unless another disk fails or is disconnected. When a disk fails or is disconnected, the RAID set switches to use a spare and rebuilds it to contain the latest data. If you reconnect a disk after the RAID set replaced it with a spare, the reconnected disk is treated as a spare.

Note: If you have a Mac Pro with a Mac Pro RAID card, use RAID Utility. It uses the RAID card for better performance and to create more types of RAID sets.